When Roop was born, the family wondered who he had taken after. The features resembled his  mother's but his taste in food had nothing Bong about it. He would turn his face away from shukto, chochchodi & dig rajma chawal & kadhi chawal instead. He would fight on behalf of his elder brother & refuse to be cowed down by the opponent's age or size. He was more aggressive than any child that age, in our family. After much brain racking, we attributed it to a  Punjabi soul that had reincarnated in a Bengali household.


Yesterday when I made rajma, who should call me but his mother, my aunt, from Delhi. Coincidences in life...By now Lalmana excels in kadhi & rajma like no Bong ever has! And living in the Punjabi locality of Delhi has only helped.


She adds khane wala soda to the rajma when she soaks it at night. I did not. I added 1/4tsp when I was boiling it. And gave it 3 whistles, one at high & two at medium. Came out soft & succulent. Try it either way. 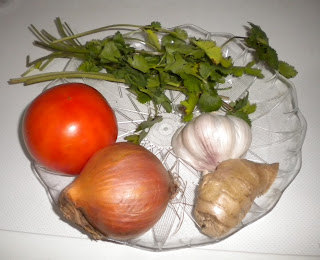 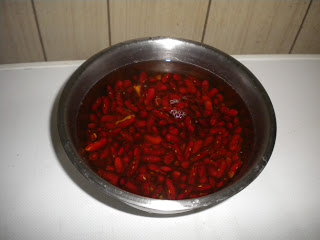 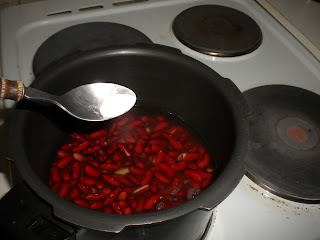 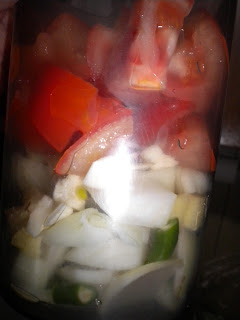 While the rajma is boiling, chop the onion, tomato, ginger & garlic & grind it to a course/fine paste.


Add the green chillies if you are using it.


Ensure that the ginger pieces are ground well. Other ingredients will become paste while frying, anyway. 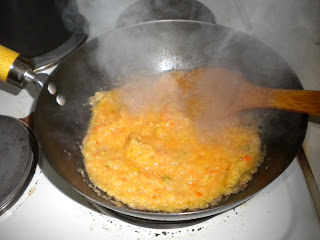 Fry this masala well on medium heat till it turns golden brown & oil leaves the side of the kadai.


Add the garam masala powder in the last 1 min & fry it with the rest.


Tip: Frying the masala well is the key to tasty rajma. 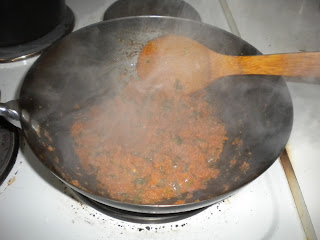 By now the rajma has boiled.


Add the fried masala to the rajma & let it simmer for 5-7 mins.


You can give it another whistle now if you find the rajma could be softer. 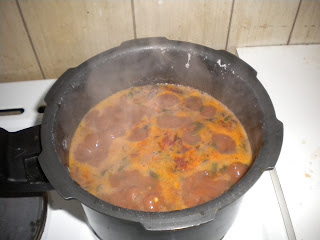 Tip: Tomato should be double the

amount of onion. The thick gravy & colour
will come with the tomato.

Garnish with coriander & serve hot with rice.
Customize food according to your family's palate. I normally fry the coriander in the last 1min with the masala. My folks don't quite like the raw coriander taste in the mouth! 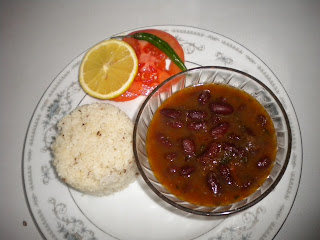 Roop got 83 in Maths. The family was called & conveyed the news. Typical of an adult, badi masi said, '83 is very good. It can get better. You must touch 90.' Roop took out a notebook, wrote 90 on it, touched it, and grinning, told his mother to tell badi masi that he had touched 90!