When you have had enough of bread & cornflakes, you can surprise yourself with chaler ruti. Chawal ki roti.

Traditionally, chaler ruti is made during makar sankranti, the harvest festival that is celebrated with different names in different parts of India.

In Sonamana's house, it goes as a chaler ruti hansher mangsho (rice flour chapattis with duck meat) combination. In ours, it is the sweet chaler ruti jhola gur(liquified palm jaggery) combo. To each his own.

Sonamana, my mother's younger sister, made sankranti dishes like few people I know. Her hospitality was such that almost the whole of Jhargram knew her. All relatives from both sides of the family would stay in their house whenever they visited. It was a huge double-storeyed house that was mesho's brainchild. His dream project. You only had to tell the rickshawala 'Swapan Daser badi' & he would take you there. 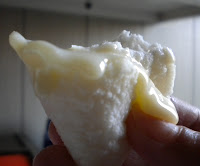 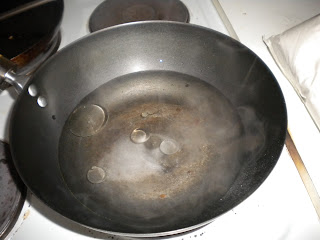 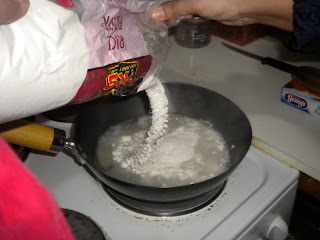 Step 2: As the water boils, add the rice flour.
Mix well. Take off the flame when water dries. 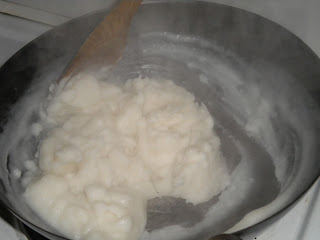 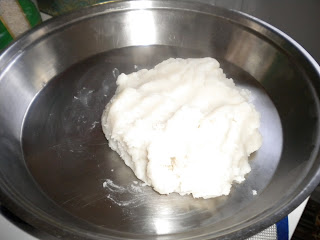 Step 3:While still hot, knead the dough so that no lumps remain.
Use more oil if need be. 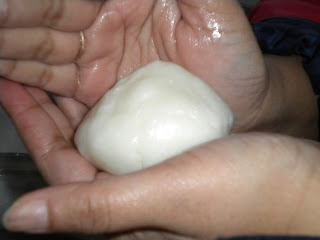 Step 4: Make it into balls & roll out like you do normal chapattis.
Use dry rice flour to roll. 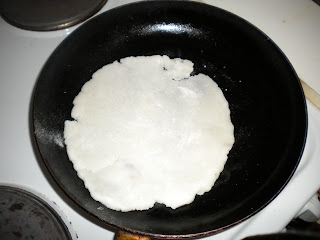 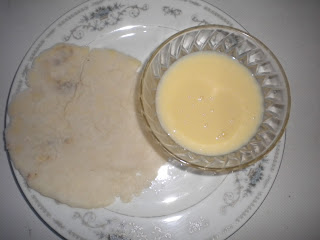 Serve with whatever you want. Because chaler ruti by itself is a light dish, you can teem it up with spicy duck/mutton/chicken or even dum alu.


Insight: Those who normally eat 2 chappatis in a meal can consume atleast 4 chaler ruti. They are light & easily digestible. So prepare accordingly.

A disastrous case  of medical apathy took Sonamana away from us the year before. Such was her magnanimous repute that the horde of beggars she fed every Saturday came to pay their last respects & refused to take alms lamenting,'our saviour is gone!'


Her legacy lives on in our kitchens. And in our hearts. This one's for you, Sonamana! 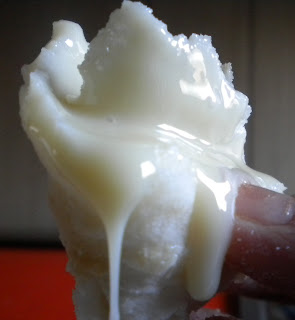